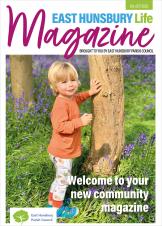 The first edition of East Hunsbury Life Magazine is being delivered to homes in the parish now. We hope you find it useful and enjoy the articles. If you attended the Jubilee Fete see if you can spot yourself in the photos!

We are looking for contributors and advertisers for the next edition which will be delivered at the end of October. If you have a community group, event, or business to tell people... Read More »

Next week is Armed Forces Week. For those not familiar you can find all about the fun and frivolities in your local area here. We ask that you please celebrate it in your workplace too. 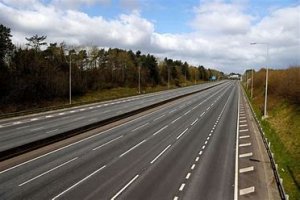 A reminder of the upcoming weekend closure on the M1.

The M1 northbound between junctions 15 to 15a will be closed for 56 hours from 9pm tonight Friday 10 June to 6am on Monday 13 June 2022. The closure will allow our engineers to resurface lanes two and three with low noise surfacing next to Collingtree village.

I am writing to advise you of an upcoming weekend closure that will be taking place on the M1. The M1 northbound between junctions 15 to 15a will be closed for 56 hours from 9pm on Friday 10 June to 6am on Monday 13 June 2022. The closure will allow our engineers to resurface lanes two and three with low noise surfacing next to Collingtree village.

We will also carry out a full reconstruction of the... Read More » 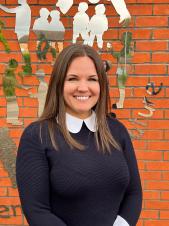 "Be kind, work hard, believe" – that is the message to children at East Hunsbury Primary School from new Headteacher Kathryn Pennington, who has taken over from Rita Arundel following her retirement after 21 years in post.

Kathryn, who joined the school as Deputy Headteacher in June 2020 before assuming a dual role as Acting Headteacher alongside Rita from April 2021, began her tenure as East... Read More » 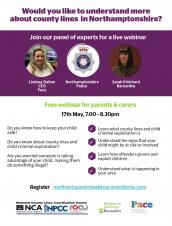 Northamptonshire Police in conjunction with PACE and Barnardos are hosting a free webinar for parents, carers and professionals who work with children to raise awareness of county lines and child exploitation - this webinar is being held online on 17th May from 7-8:30pm.

West Northamptonshire Council, Delapré Abbey Preservation Trust and the University of Northampton would like to hear your views on plans for a new cycling and walking hub at Delapré Park.

There is a public consultation out for the Cycling and Walking Social Prescription Hub at Delapré Abbey and is part of a feasibility study funded by the Department for Transport Active Travel Social... Read More » 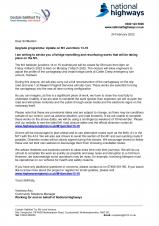 The M1 between junctions 14 to 15 southbound will be closed for 56 hours from 9pm on Friday 4 March 2022 to 6am on Monday 7 March 2022. The closure will allow engineers to adjust the profile of the carriageway and install bridge joints at Cattle Creep emergency turn around, Hartwell.

Newsletter from the PFCC - February 2022

Latest newsletter from the PFCC - February 2022

On the evening of Friday 11th February at 21:00 to Monday 14th February 06:00 works will be carried out on M1 Junction 15 and this will be a full weekend closure.

These works are required to deliver the traffic switch on to the new alignment of the junction.

Works will be carried out in agreement with National Highways and Northamptonshire Council.

Cuppa with a Copper! ☕️
Thursday 16th June at Hunsbury Library
10am to 12 noon
It’s your chance to come and meet members of the local neighbourhood policing team.
They will be here to give advice, listen to any concerns, and offer crime prevention advice.
☕️Everyone is welcome.

RT @SDSPrimary: It was a privilege for our House Captains to receive a commemorative coin, to mark the Queen’s Platinum Jubilee, for every child in school, from Cllr Claire Douglas on behalf of @EastHunsburyPC
Huge thanks from us all.

RT @pinder_chauhan: Great to join @EastHunsburyPC for the Jubilee celebrations with @agds2288 The Parish Council arranged a very memorable event that the residents will always cherish. #JubileeWeekend #platinumjubilee2022